Getty Ronaldinho Gaúcho Brazil With the World Cup-winner finally set to confirm his retirement, Brasil Global Tour look back at the unique legacy he left with A Selecao They stripped him of his shirt. And then his boots. They wanted it all, even his shorts and socks.They were his opponents, equals who had just bettered him. But they were also fans. And they were desperate for their souvenirs.Ronaldinho’s Atletico Mineiro side had just been dumped out of the Club World Cup by Raja Casablanca. The 33-year-old was hurting, he’d just missed his last shot at the one major title that had eluded him. But he hid his pain behind that bewitching, toothy grin, behind the smile that defined his legacy.  Editors’ Picks Lyon treble & England heartbreak: The full story behind Lucy Bronze’s dramatic 2019 Liverpool v Man City is now the league’s biggest rivalry and the bitterness is growing Megan Rapinoe: Born & brilliant in the U.S.A. A Liverpool legend in the making: Behind Virgil van Dijk’s remarkable rise to world’s best player “Since childhood, my dream was to see Ronaldinho in person,” said Raja’s Kouko Guehi. At full-time Guehi danced his lap of honour draped in the most-wanted shirt in all of Marrakech. 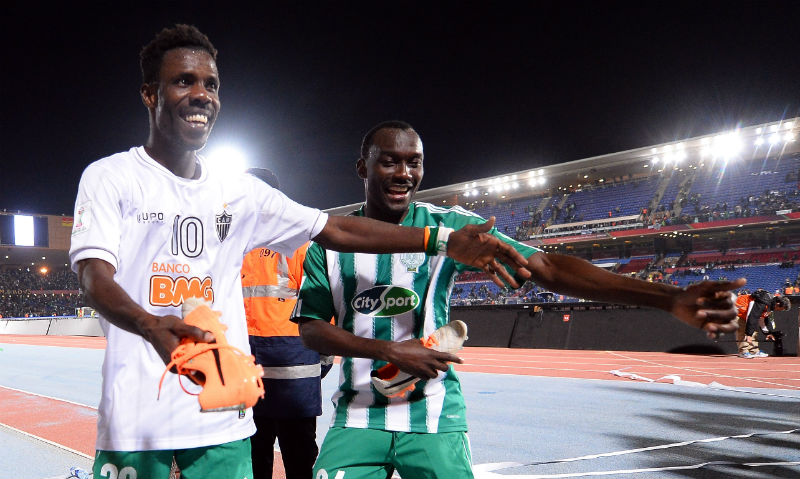 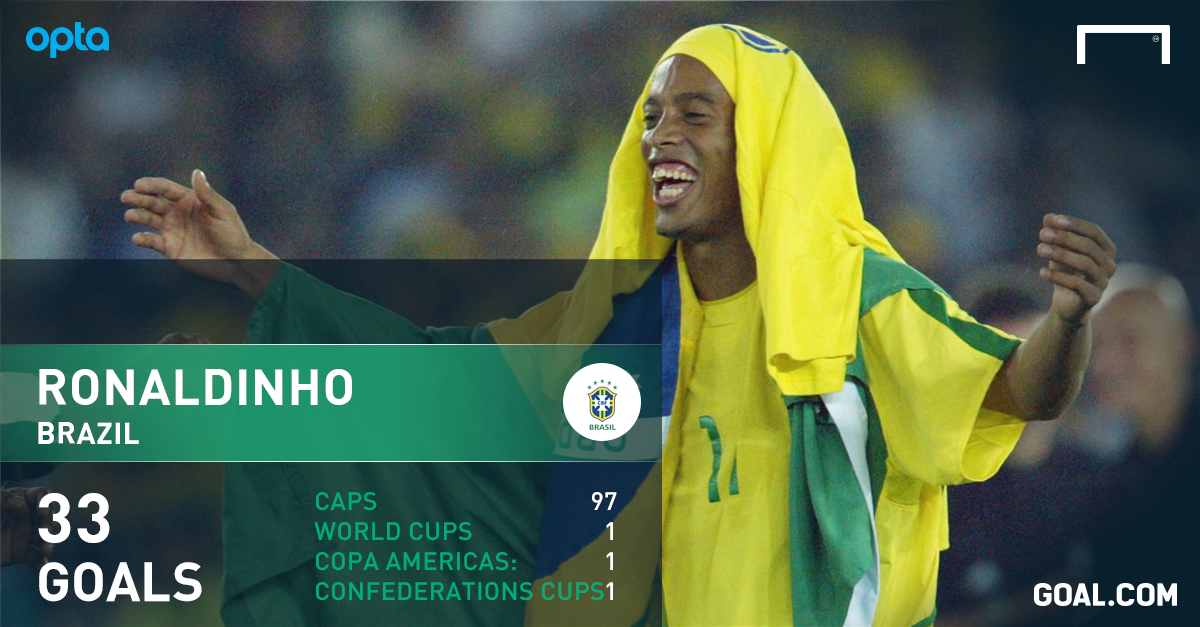 This week, from New York to Barcelona, from Tokyo to Johannesburg and everywhere in between, football fans are recalling their childhood, and adulthood, spent with Ronaldinho, whose brother and agent confirmed his retirement from the game.And back home in Brazil, almost 200 million will be smiling, as they take a brief moment to relive the most memorable of international careers.It all began back in 1999, just days prior to the Copa America, when Ronaldinho’s Selecao legacy began in a friendly against Latvia. Wearing the no.7 shirt, he played the full 90 minutes and made Brazil’s opener, skipping inside from the left to clip a cross onto the head Alex de Souza. Ronaldinho had already impressed in Brazil’s youth divisions, starring in the Selecao’s Fifa U-17 World Championship victory two years previously. But now he had hit the big time.He would arrive from the bench in all three of Brazil’s Copa America group games in Paraguay and grabbed his first senior goal in the 7-0 victory over Venezuela, handing defender Jose Manuel Rey a chapéu (to flick the ball over an opponent’s head and bring it down on the other side is to ‘give him the hat’) before volleying past a young Renny Vega. 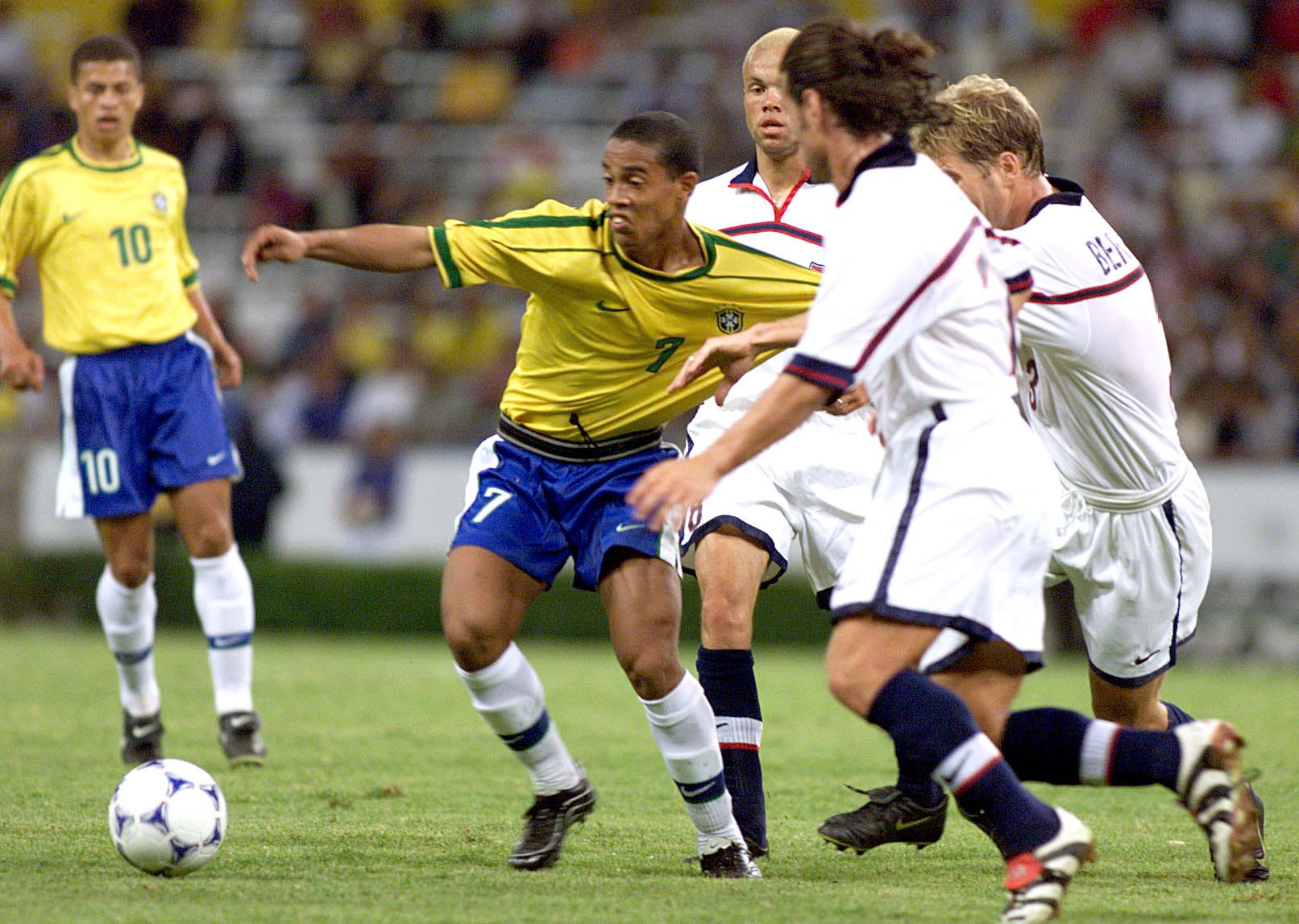 Just weeks previously, the teenager had issued another notable chapéu , flicking the ball over an ageing and befuddled Dunga in a Gremio-Internacional derby, having already humiliated the veteran with a rabona-elastico and a no-look nutmeg that led to a stunning solo goal.The youngster made just one more appearance in the knockout stages of the Copa America, arriving as a substitute in Brazil’s 2-0 semi-final victory over Mexico before the Selecao went on to beat Uruguay 3-0 in the final. But his strike against Venezuela was a highlight of the competition and the moment he announced his arrival on the world scene. The highlight reel was underway.With the Ronaldo already a member of the squad, the newcomer assumed the diminutive ‘inho’ and officially adopted the name of Ronaldinho Gaucho as the Brazilians fans chanted, “Gaucho, Gaucho,” denoting his Porto Alegre roots.Months later Ronaldinho Guacho joined the squad for the Confederations Cup in Mexico as an undisputed starter. He hit a hat-trick in the 8-2 semi-final trouncing of Saudi Arabia and scored in a 4-0 drubbing of Germany, but couldn’t save his side from a 4-3 defeat to the hosts in the final. Though he left without a winners’ medal, Ronaldinho earned the Golden Ball for the competition’s best player and the Golden Shoe for his six goals. 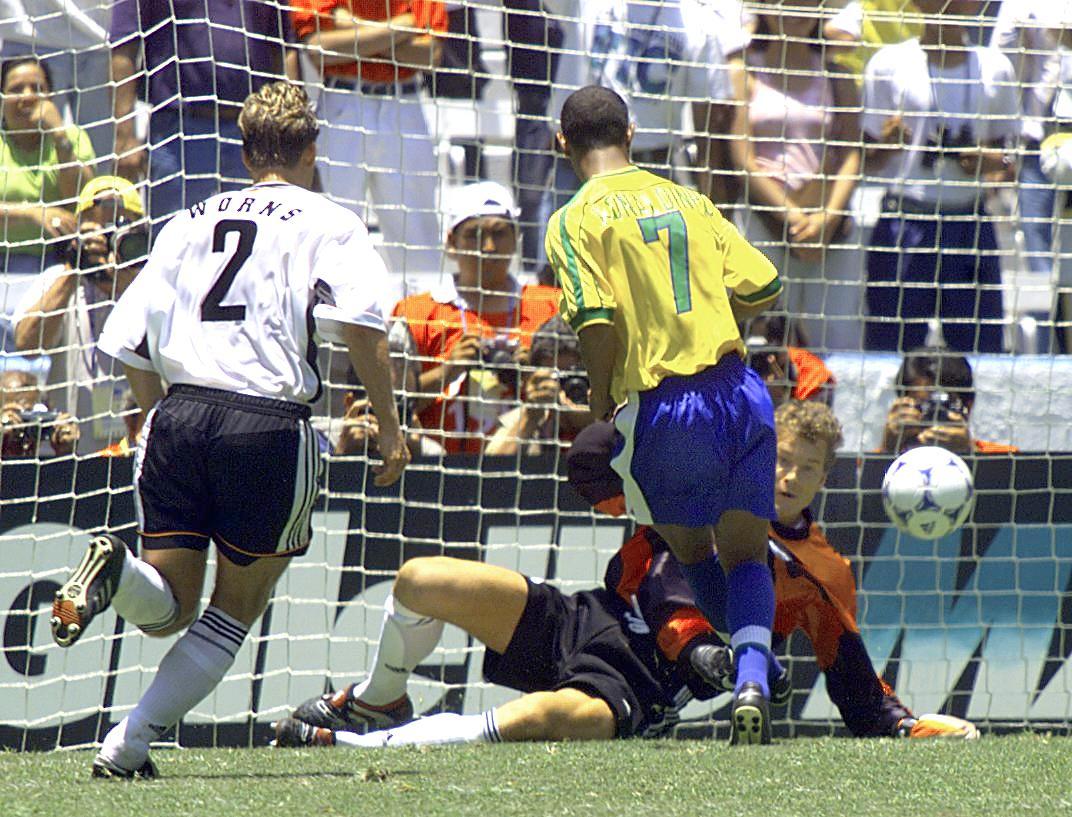 The two years that followed saw Brazil descend into crisis, faced with real concern they could fail to qualify for the World Cup for the first time in their history. Luiz Felipe Scolari had become the Selecao’s fourth coach in nine months and expectations were at an all-time low after his side were dumped out of Copa America 2001 by Honduras.Nobody had expected the Selecao to lift their fifth world title when the team arrived in South Korea/Japan for the World Cup of 2002, and their hopes were dealt a crushing blow when captain Emerson was ruled out of the tournament after being injured while playing as a goalkeeper in training.But Scolari had been working hard on fostering a togetherness that would lead the local press to dub his squad the ‘Scolari Family’. Ronaldinho formed one third of the ‘three R’s’ just behind Rivaldo and the returning Ronaldo, who had barely kicked a ball in the two years prior to the tournament.Ronaldinho starred in his first World Cup finals appearance, particularly in the quarter-final against England. He first set off on a mazy run to breeze past Ashley Cole and lay on an equaliser for Rivaldo, before bamboozling goalkeeper David Seaman with a stunning long-range free-kick that sealed a 2-1 win.Ronaldinho missed the semi-final after being sent off in that game, but returned for the final to help Brazil past Germany. 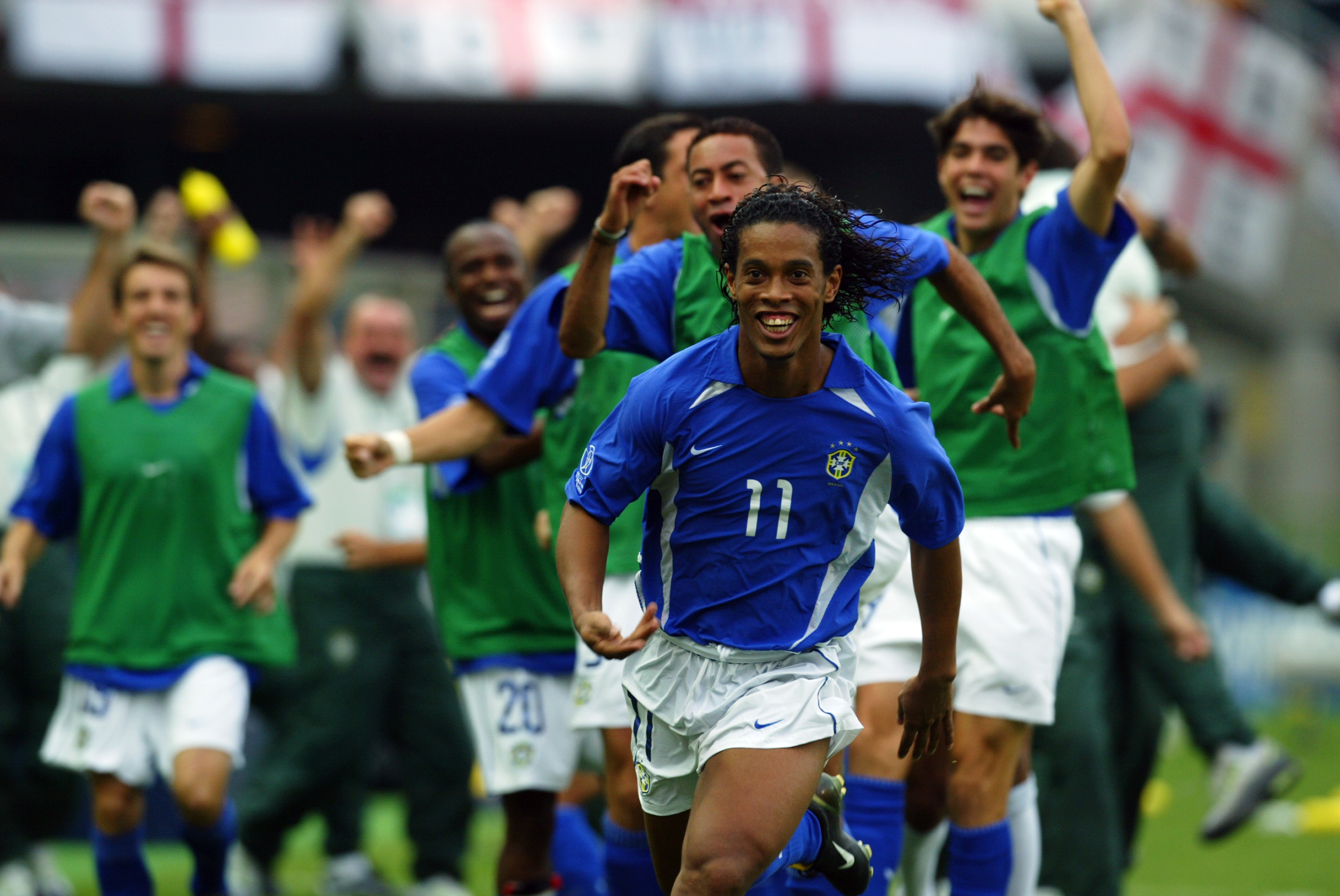 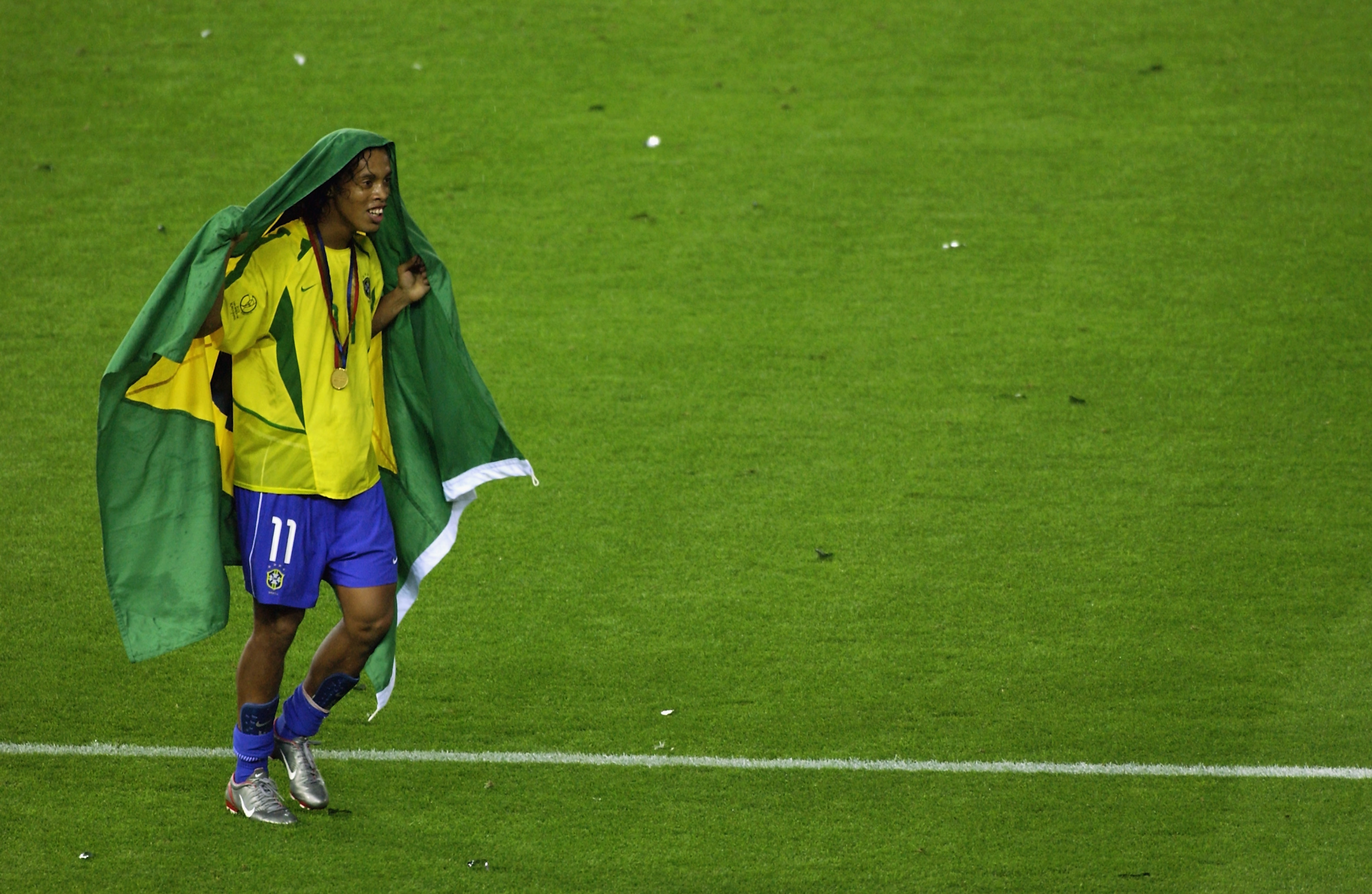 The tournament had announced Ronaldinho’s emergence as one of the most promising young players in the world game. But, despite heavy interested from some of Europe’s biggest clubs, he remained with Paris Saint-Germain for the following season as he prepared to re-join the Selecao for Confederations Cup in France.Carlos Alberto Parreira had returned to the bench and elected to give Rivaldo and Ronaldo a much-needed summer break. The tournament ended in disappointment for Ronaldinho, as Brazil missed their star duo and were eliminated in the group stage. But there were still moments of magic, such as the deft nutmeg that greeted Rustu Recber as the Turkish ‘keeper flew at the Brazilian’s feet.Ronaldinho was then left out of Copa America 2004 in Peru as a second-string Brazil squad claimed its seventh South American crown. However, he returned for the Confederations Cup of 2005, by which time he had been named Fifa World Player of the Year thanks to his dazzling performances for Barcelona after a big-money move from PSG. 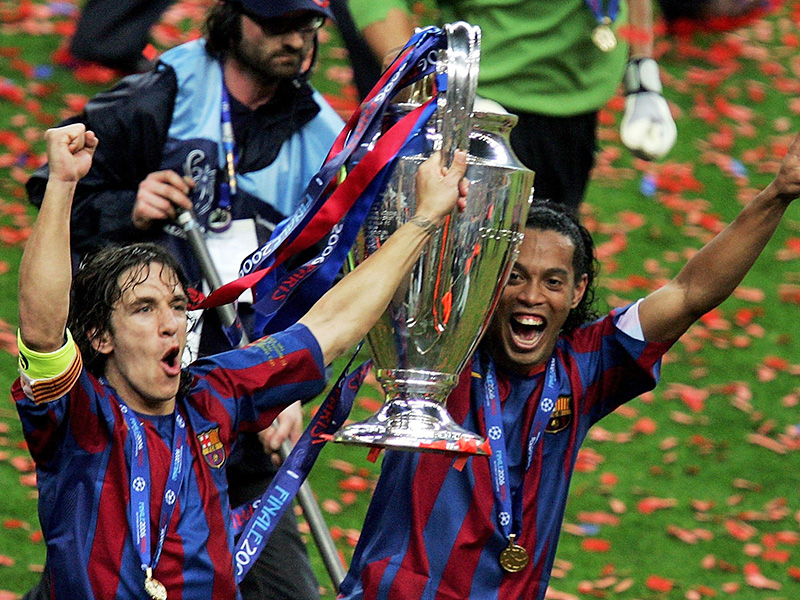 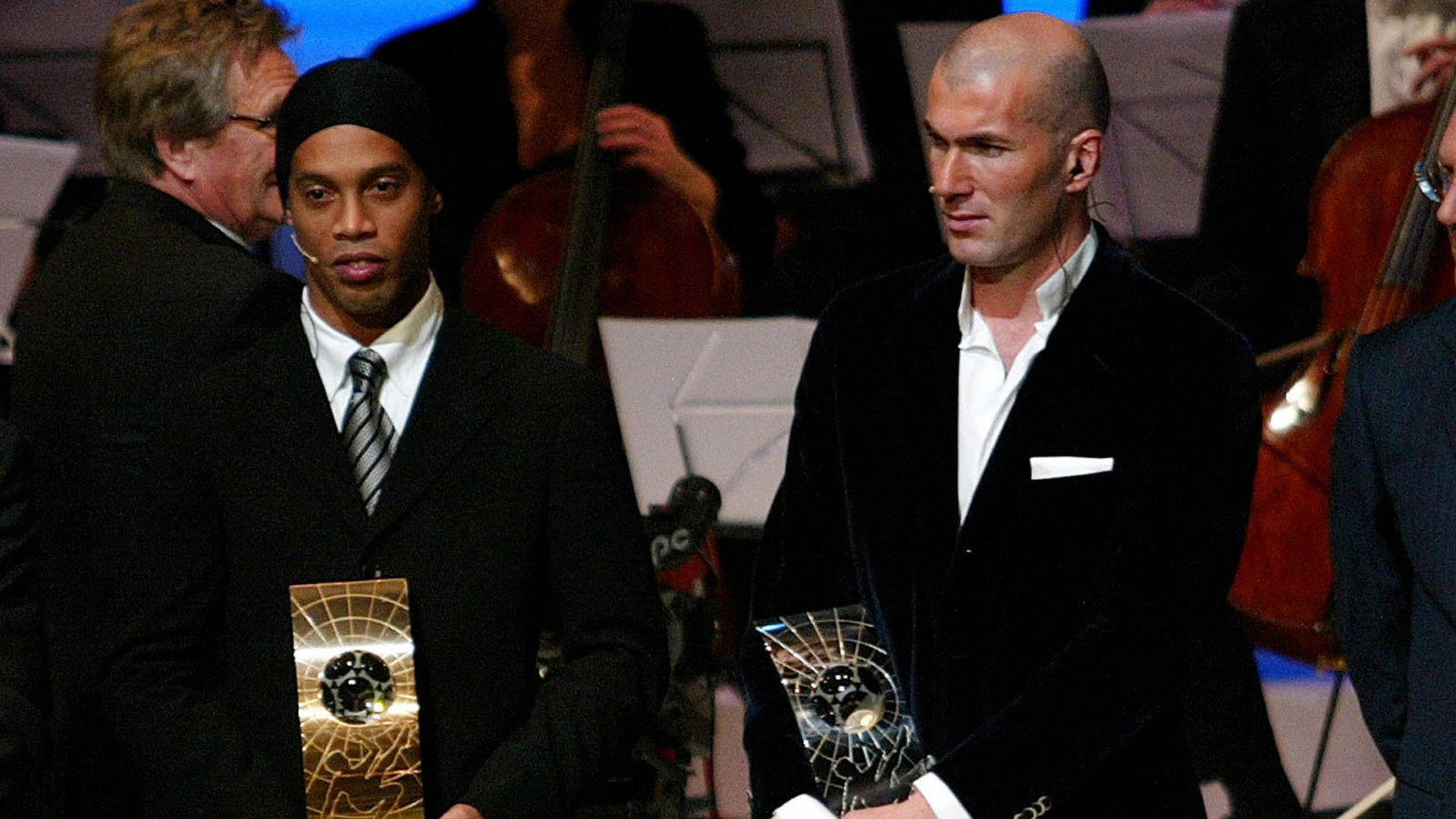 It would be Ronaldinho’s first major tournament in which he would wear Pele’s no.10 shirt. After breezing past Greece in their opener, a 1-0 defeat to Mexico left Brazil needing a result against Japan in their third group game.Ronaldinho wore the captain’s armband and created a goal for Robinho before striking Brazil’s second in a 2-2 draw that saw them through to the knockout round. He then scored a penalty in the thrilling 3-2 win over Germany to earn a place in the final against old rivals Argentina.The Selecao had saved their best until last. Ronaldinho starred, volleying his side’s third in a 4-1 victory in Frankfurt and took the Bronze award for the third-best player in the tournament. 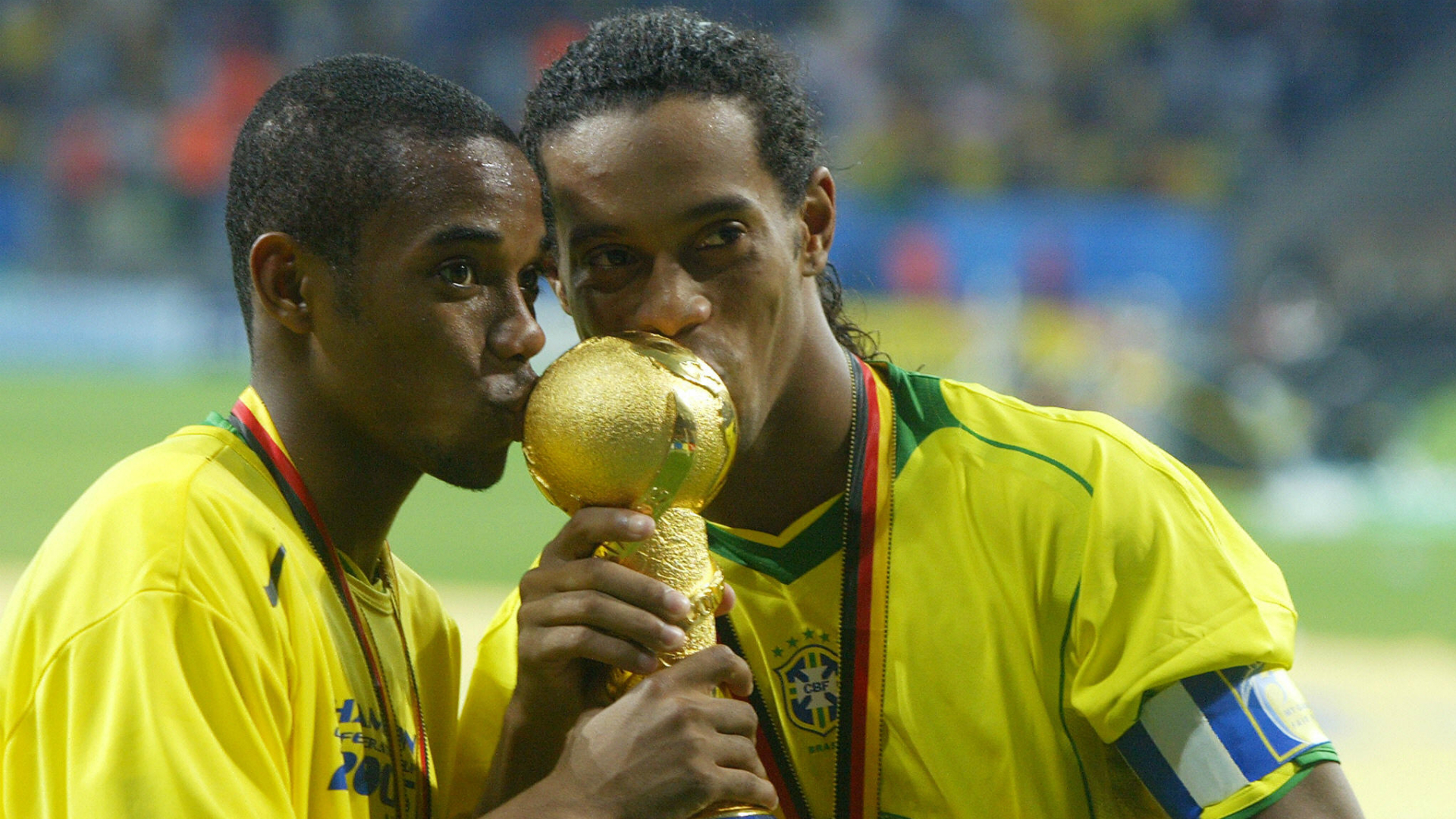 A second successive World Player of the Year award arrived later that year and World Cup 2006 rolled around as the summer which many of the Brazilian media insisted would see the tournament when Ronaldinho proved he was greater than Pele.But it wouldn’t be. Parreira’s desire to squeeze Ronaldinho, Adriano, Ronaldo and Kaka into the same side left Brazil top-heavy from the outset.Ronaldinho disappointed, a shadow of his Barcelona self, and Brazil were knocked out in the quarter-finals by France. It would be the last major tournament Ronaldinho Gaucho would play for his country.Old foe Dunga became coach following the World Cup in Germany. And after asking to be rested from Copa America 2007, Ronaldinho could only help Brazil to a bronze medal at the Olympic Games of 2008 and was eventually dropped from the squad that cruised through qualification for World Cup 2010. 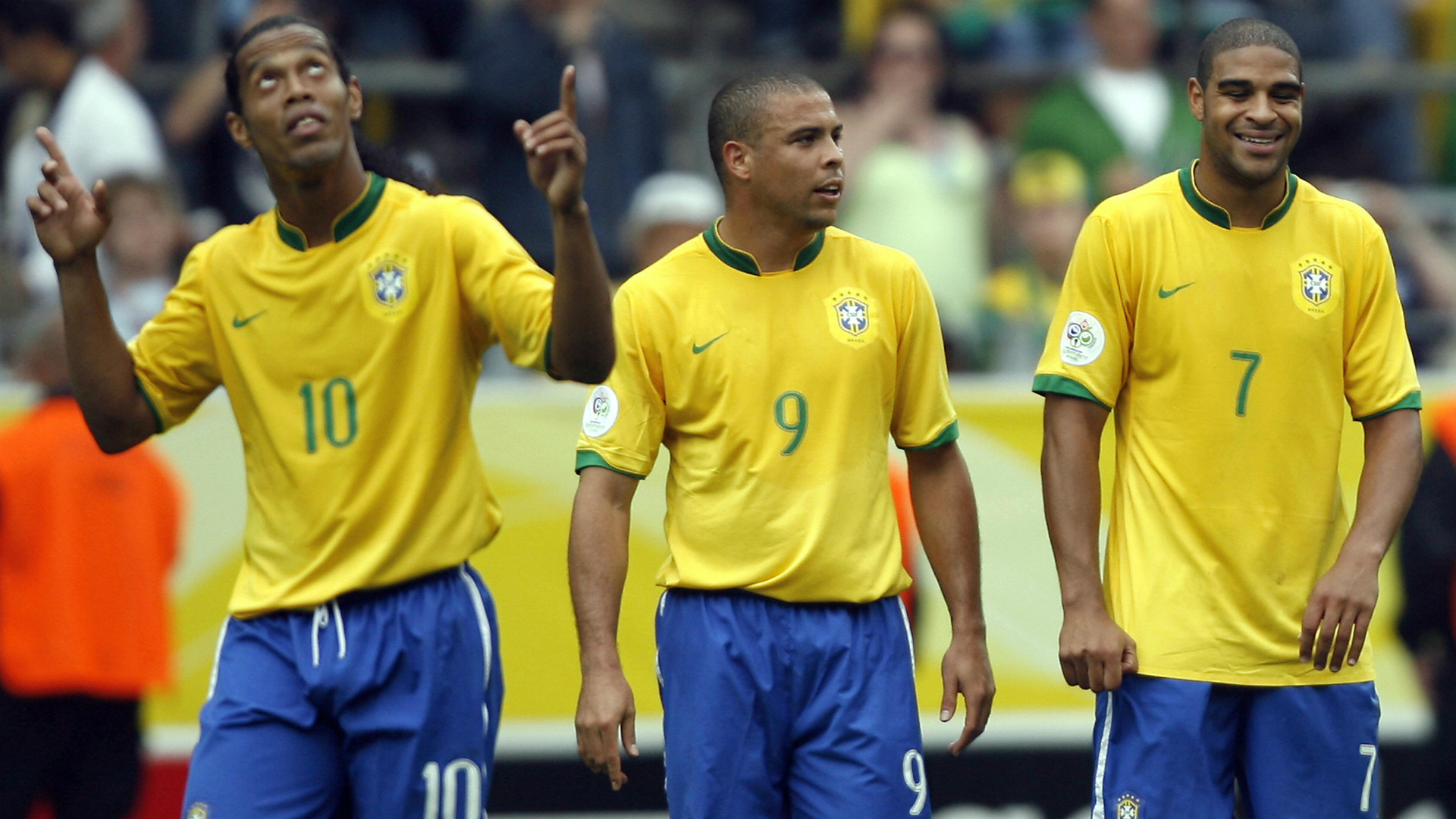 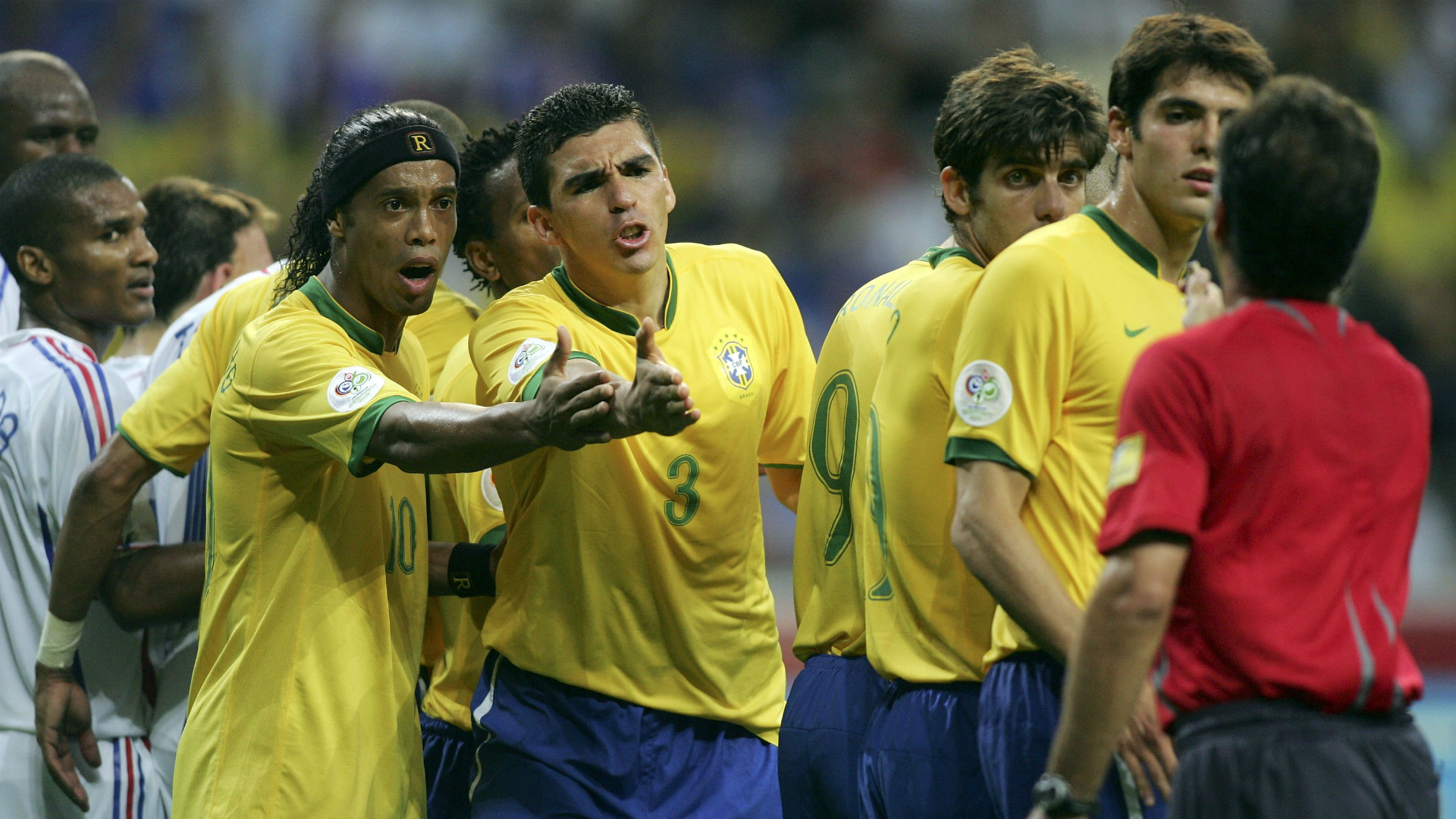 By then his career was in rapid decline. After his off-field excesses had seen Pep Guardiola dispense of him at Barcelona, Ronaldinho would never again reach the remarkable heights he’d set in previous years.By 2011 he’d returned home for an ill-fated spell with Flamengo. So notorious had his social life become, the club set up a hotline for fans to call should they run into their no.10 in the early hours of the morning in one of Rio’s many nightspots.Ronaldinho returned to the Selecao intermittently under Mano Menezes, but didn’t make the Copa America squad in 2011. There were some calls for a return for World Cup 2014 after he rediscovered his form with Atletico Mineiro, inspiring the Galo to a Copa Libertadores title, but he was never really anywhere near the squad. 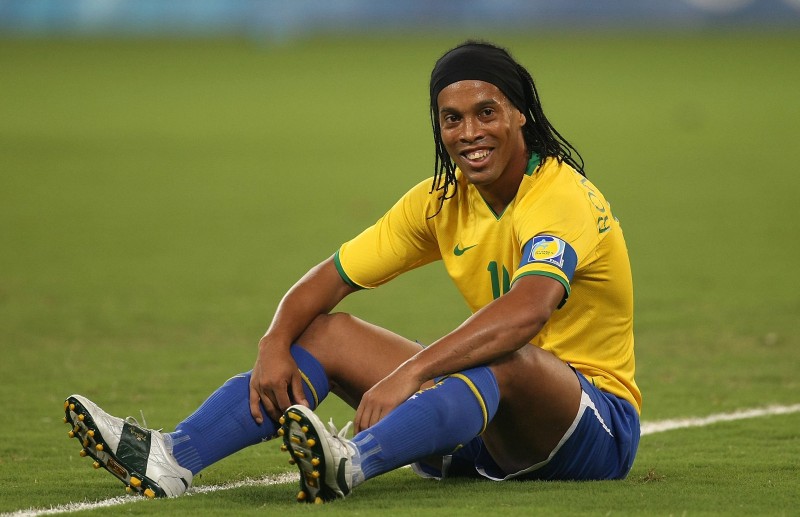 “God gives gifts to everyone,” he said in 2005 after being crowned the world’s best player for the second year running. “Some can write, some can dance. He gave me the skill to play football and I am making the most of it.”And yet he didn’t. Not really. At least he didn’t for more than those few years at Barcelona. But Ronaldinho is a lover of life and, perhaps more than anything else, he reminded us that football is a pursuit that should be enjoyed. That was what set him apart. Yes, he should have achieved more. But he gave us so much. How dare we ask for more?He had scored overhead kicks, backheels and stunning long-range strikes. He’d played inch-perfect no-look passes – sometimes even using the small of his back. He’d dismantled the world’s finest defences with stepovers, nutmegs, elasticos, and a millinery of chapeaus. 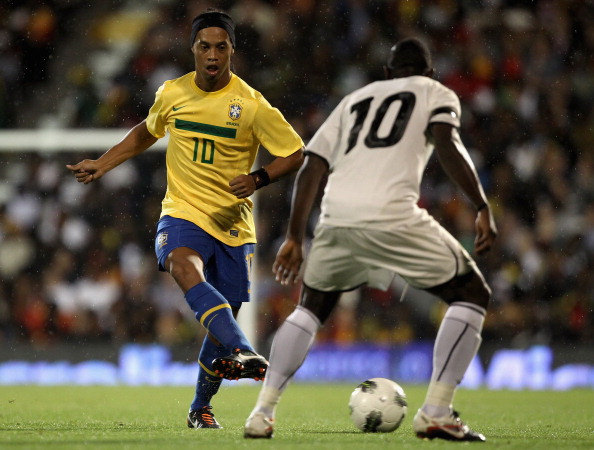 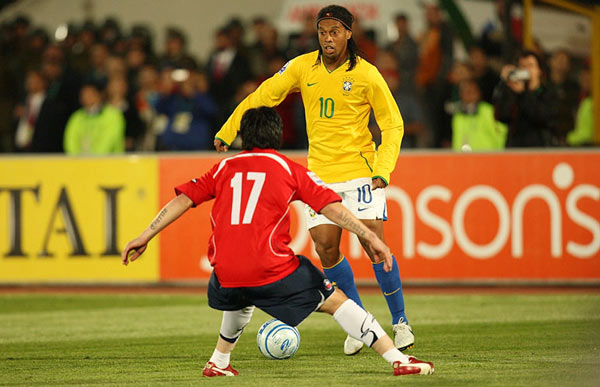 Yes, his best performances didn’t arrive in a yellow jersey. But from the double Cruyff turn against Argentina and the pirouette and no-look pass against New Zealand to the slaloming run past four Spain defenders and the chip-and-backheel that took three Japanese out of the game, he left Brazilian fans with memories that will last a lifetime.It wasn’t his World Cup, Copa America, Champions League or Copa Libertadores medals that had won the Raja players’ hearts in Marrakech. Half of them probably couldn’t name every title he’d claimed, or even the club where his career began.But they didn’t care.Ronaldinho’s legacy will not be about what he did, but rather how he did it.